As part of the September Spring Festival in Toulouse from September 24 to October 24 in 2016, Lieu-Commun invites you to experience the exposed version of Stéphane Arcas’s play Bleu Bleu. This «grunge comedy» recounts the fantasy life of 3 Toulouse art students in the 90s who, in addition to digressing on their next works, engage in drug traffic to finance production. Bleu Bleu is a comedy that mixes humor and portraits, those of a youth lost between the fall of the Berlin Wall and the collapse of the WTC towers. Through an apparent casualness, the subtext gets out of the impasse caused by the discourse on «The Death of History» so dear to the 90s. It gives us a speech on the creative energy of this youth who has gone through, despite everything, this slump with an obvious «fury of living».
That’s why Miss Kat was invited to paint the portal of the entrance to the exhibition, a kind of reactivation of her work as a 90’s outdoor woman. 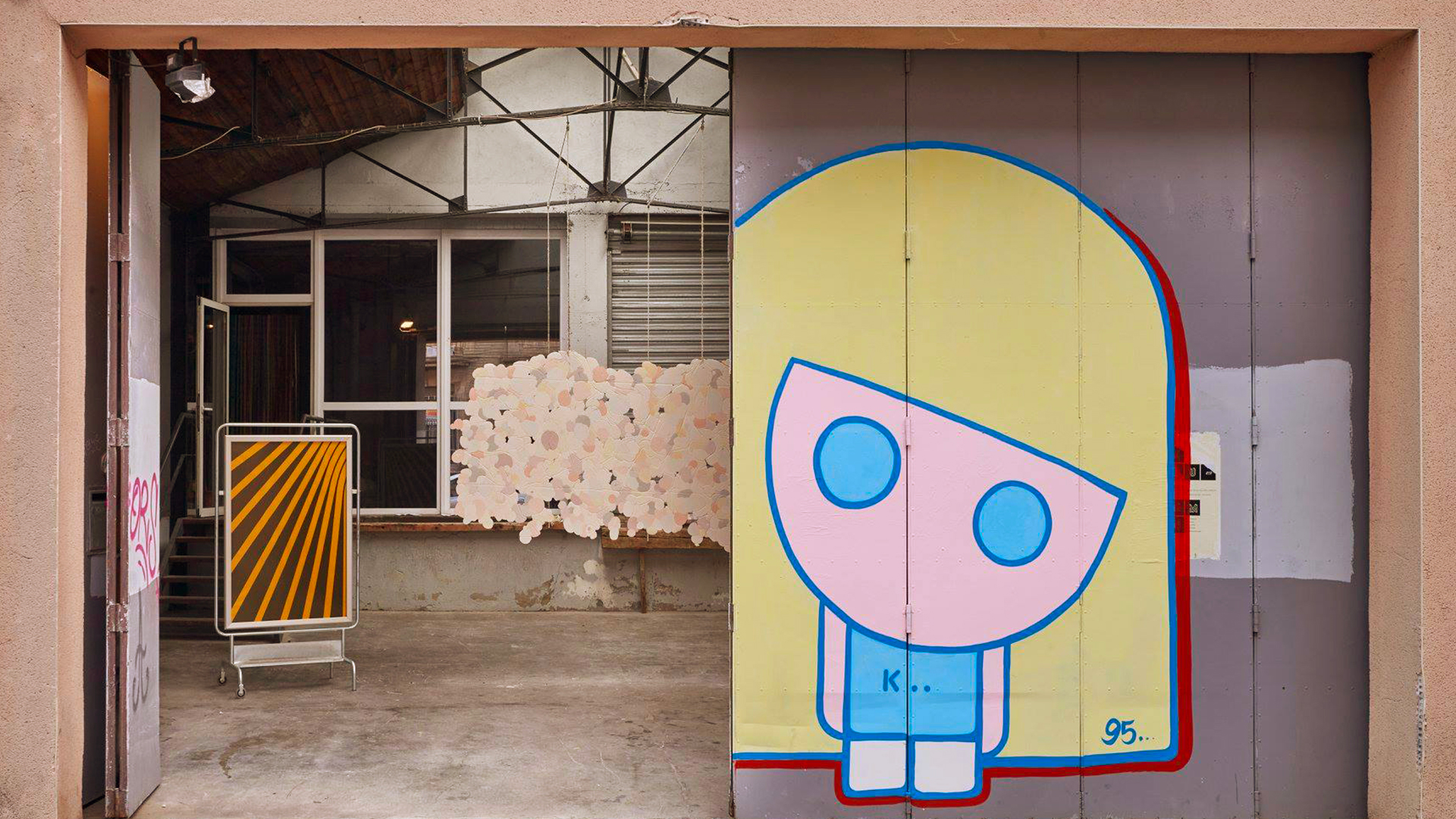